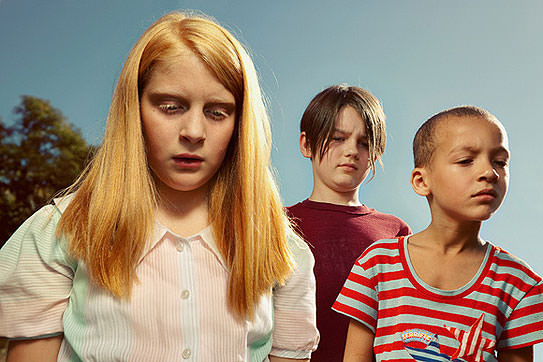 The Wall Street Journal features Holly Andres’ series “The Fall of Spring Hill”, currently on exhibition at the Robert Mann Gallery in NYC.

RH: How do you go about planning and executing such detailed images? Can you briefly explain your process?

HA: To borrow a distinction coined by Jeff Wall, I’m more of a farmer rather than a hunter. Although I have a really perceptive ‘internal camera,’ I’m not a photographer that shoots daily. I usually embark on a photo project with a prevailing theme in mind for the entire series and then, rather systematically, craft each individual photograph. Typically an idea evolves from a life experience, memory or conversation that elicits a powerful image (or ‘filmstrip’) in my mind. The way that I work requires a lot of pre-production, much like preparing for a film shoot, as well as an extensive post-production phase. Often my work involves the tension between an apparently approachable subject matter and a darker, sometimes disturbing subtext. I’m interested in the cognitive dissonance that can result from employing formal elements such as bright colors, decorative patterns, theatrical lighting and characters that reflect stereotypes of innocence, girlish femininity and motherhood to address unsettling themes.